×
What are you looking for?
General OMEGA OO_FL From your fields Interesting facts
News

We have been at Castleton Farm (172ha) since 1908 (with my father being the 3rd, I’m the 4th generation with the 5th snapping at our heels), surrounded by the iconic images of North Berwick Law, Tantallon Castle, the Bass Rock with its quarter of a million gannets and the North Sea behind that consistently throws salty water that scorch our crops (only 30m above sea level). The farm is predominately sandy clay loam on grade 1/2 flat land with habitat mosaic banks around the coastline. Typical field size is 10-20ha.

We used to be a mixed farm with an egg laying business which stopped in the mid 90’s. At the time, we were growing winter wheat, malting spring barley and winter oilseed rape in a traditional plough, power harrow combination grain only unit which used 2-3 tractors with a maximum of 125hp. 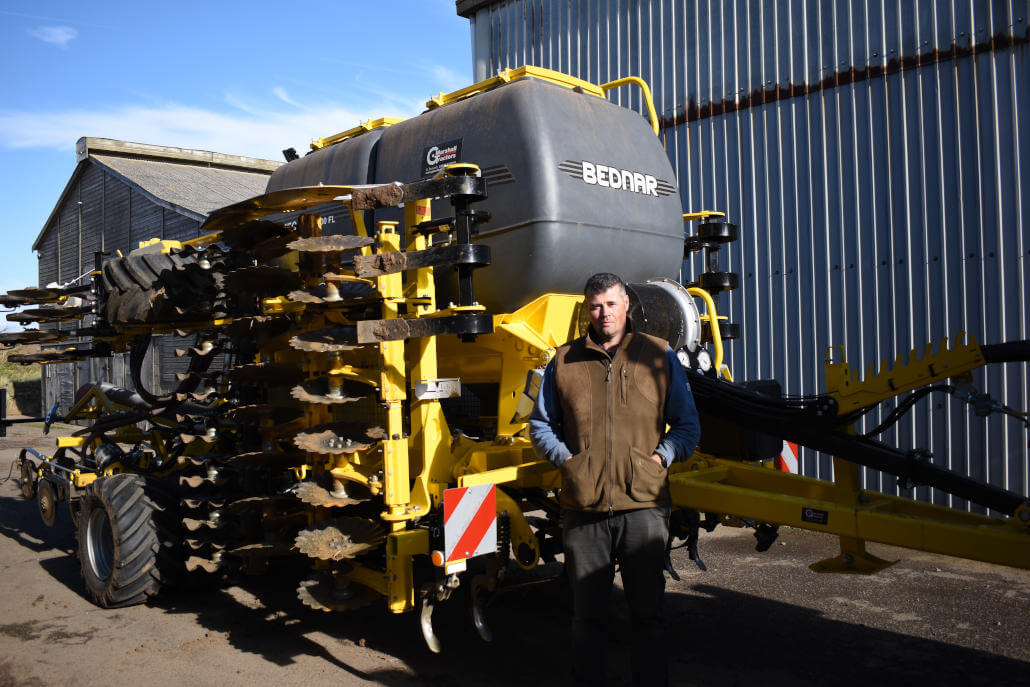 In 2006 when fuel prices dramatically increased, we needed to reduce costs, so we invested in a 4.6m SIMBA Unipress in place of the 3.5m fuel hungry power harrow. We also sold a tractor and the following year we bought a trailed HORSCH Pronto 3DC grain only from G. Marshall Tractors. In 2020, we returned to the same dealer for a demonstration of their latest brand offering, a BEDNAR OMEGA trailed drill. The demo was in a grazed off green manure field in the middle of a horrendously wet November day; no drill should have been in a field that day, but because of the clever features and design, we were able to trial the Turbo disc strip tillage system which returned an 8t/ha wheat crop at harvest this year, all while achieving a spot rate of 5l/ha of fuel! 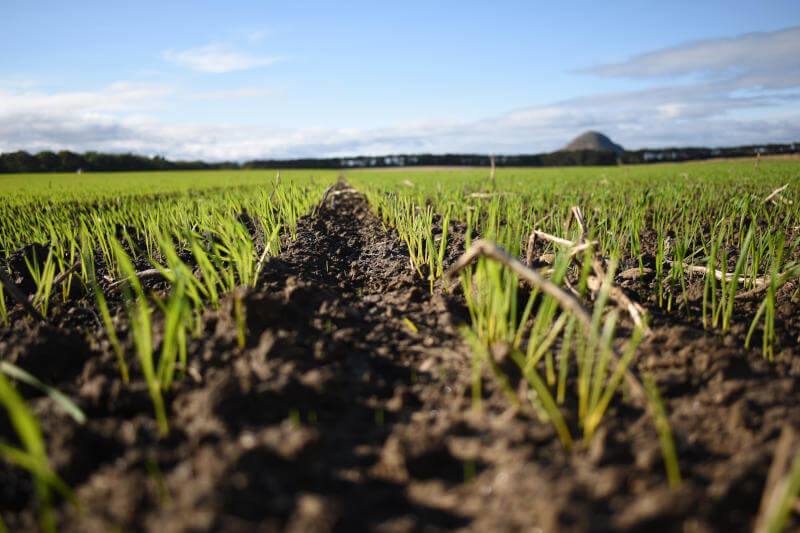 Precise and well-established growth with the OMEGA OO_FL seed drill 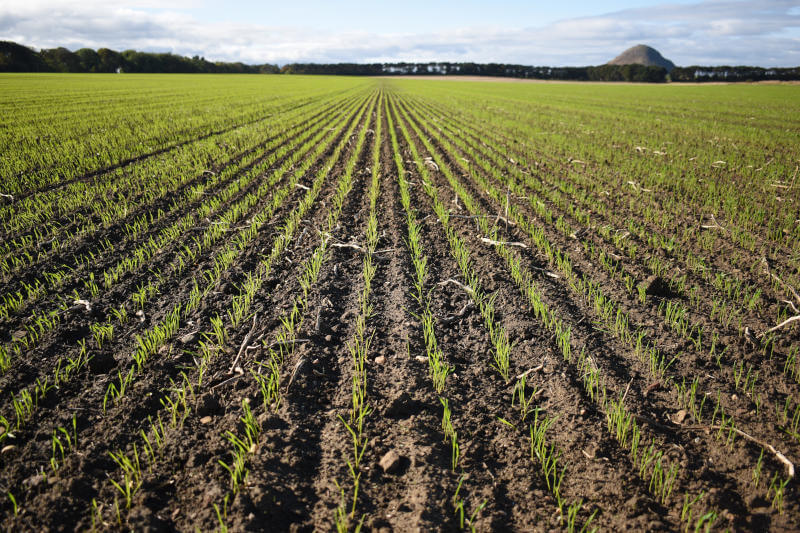 Precise and well-established growth with the OMEGA OO_FL seed drill

Since 2007 we’ve never looked back, as our journey has continued to today which now includes variable rate seed/fert, autosteer, only a single tractor (CASE IH Puma 165) on 600 front & 650 rears. We would have wider tyres, but still have the 5 furrow Kverneland plough. We are on 28m tramlines and are part of AECS growing green manures, species rich grass margins and cover crops for EFA. We have recently dropped Winter Oil Seed Rape, in favour for winter beans and potatoes, partly due to a knotgrass weed problem where the discs on the OMEGA slice straight through it, so a tine drill is a non-starter for us. The OMEGA has sown EFA cover crops into worked land and straight into stubble as an experiment, we’ll do some trial dig plots to see the mass difference above/below ground in the spring. We are moving to a cover crop overwinter system where we cultivate in the Autumn with cover crops, then will use the turbo disc system to sow spring barley with DAP fertiliser directly into the sheep grazed desiccated cover in the spring. Our 1st winter wheat land follows the potatoes which is levelled with our cultivator and 2nds normally are ploughed then pressed. This year the OMEGA sowed directly into the ploughing with the following wheel cultivation discs set deeper to take out compaction and the “X” disc set up allows the drill to pull straight with no offset on the GPS which means we don’t need to use the side markers; another huge selling point of this drill. The wheat into the bean stubble was sown with the cultivating discs working and the turbo disc to slice through the bean stocks for the 16.70cm wide row spacing seed coulter to slot into, no blockages. We found that the rear pipe for calibration and emptying of the hopper is a real game changer in making the machine user friendly, plus it ticks the boxes from the health and safety point of view!

We will sow some sunflowers this spring with the OMEGA which will be sold through our Scottish Agritourism business Drift coffeehouse which is in converted shipping containers. We’ve employed a modern agricultural apprentice who is new to farming. He also works for us in Drift so both of us can be found either working the fields or making coffees/Drift rolls for customers. The OMEGA is designed in a way that it’s been easy to show others how to use it.

The BEDNAR OMEGA is a versatile drill that allows traditional cultivation and unique strip tillage in a single unit, controlled from the tractor cab. The OMEGA will allow us to strip till or cultivate for others without having the expense of 2 drills.

It’s a pleasure to farm with us.
[email protected]
BEDNAR FMT s.r.o. 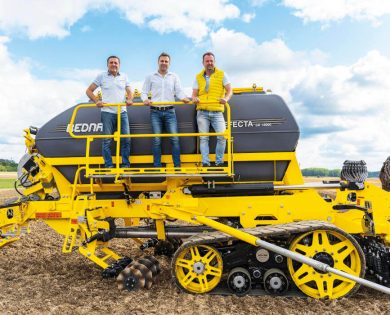 This year marks twenty-five years of existence of BEDNAR FMT. Our Company, founded under the name of Strom Export s.r.o.… 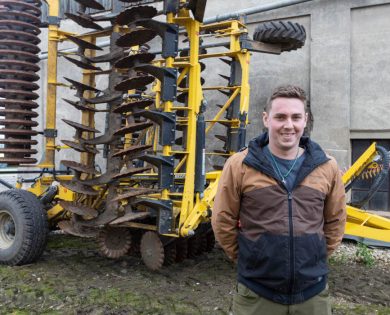 Yellow Machinery Found Its Place at…

The Slavík’s family farm manages an area of about 900 hectares. Two years ago, they bought their first yellow machine… 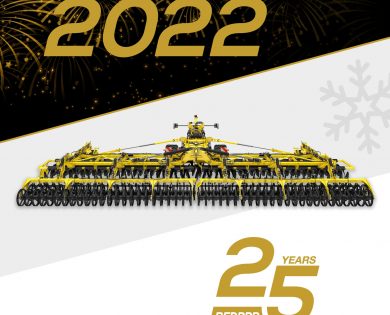 Thank you for your cooperation and the trust you have shown us in the past year. We wish you all… 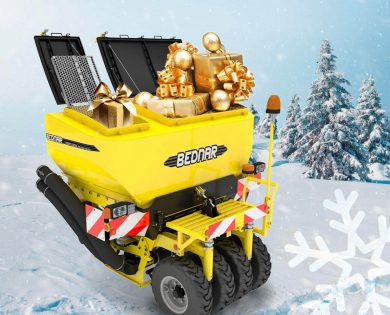 BEDNAR Wishes You A Merry Christmas

The year of 2021 is almost over. It has brought along many challenges we had to deal with as a… 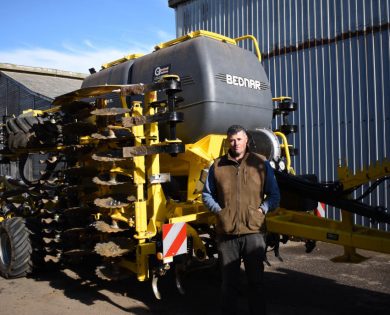 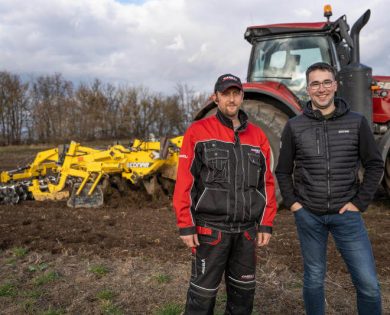 How is the TERRALAND TN D7R…

In autumn, we visited our customer to see the combination of a CASE IH tractor and the TERRALAND TN D7R… 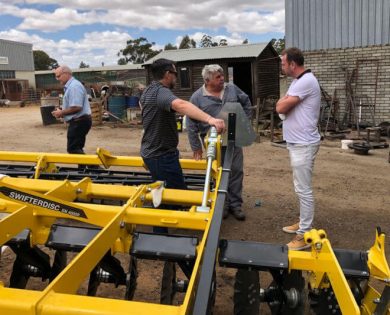 A Trip to Meet South African…

Jan Bednář, the BEDNAR Sales Director, and David Ryčl, the Marketing Director, took a trip to South Africa in the… 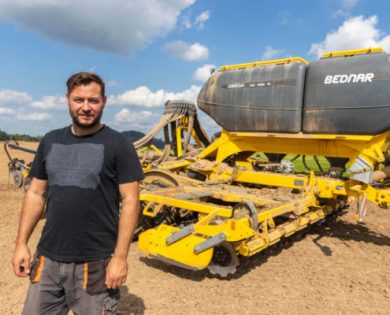 Over 2,500 Hectares in Services with…

In the information about cookies you will learn for what purpose we use cookies as well as how to handle them.
Cookie SettingsAccept All
Manage consent

Necessary Always Enabled
Necessary cookies are absolutely essential for the website to function properly. These cookies ensure basic functionalities and security features of the website, anonymously.
Functional
Functional cookies help to perform certain functionalities like sharing the content of the website on social media platforms, collect feedbacks, and other third-party features.
Performance
Performance cookies are used to understand and analyze the key performance indexes of the website which helps in delivering a better user experience for the visitors.
Analytics
Analytical cookies are used to understand how visitors interact with the website. These cookies help provide information on metrics the number of visitors, bounce rate, traffic source, etc.
Advertisement
Advertisement cookies are used to provide visitors with relevant ads and marketing campaigns. These cookies track visitors across websites and collect information to provide customized ads.
Others
Other uncategorized cookies are those that are being analyzed and have not been classified into a category as yet.
SAVE & ACCEPT